College tuition isn’t the only rising cost in the education world. An increase in demand has produced inflated business school prices, and a two-year MBA sets the average graduate back more than $60,000.

Many aspiring businesspeople view it as a small price to pay to get ahead, but…

…what if I told you that the organization that has created more business owners than any program in the nation will actually pay you to join?

It’s not a highly competitive accelerator program or a coveted grant — it’s the U.S. military.

A study from Syracuse University found that an astounding 49% of our returning World War II veterans went on to become business owners. This wasn't a generational aberration, though, as modern “vetpreneurs” are starting successful businesses all over the country. Considering the valuable lessons the military teaches, it’s not exactly a surprise.

Business Lessons From the Marines

As a Marine, I learned how to be an effective leader. Rather than reading books or attending seminars, I gained this knowledge by spending most of my time managing a team working toward a common goal. Effective management has myriad key ingredients, but the ability to effectively give and receive criticism and understand the importance of empathy are two of the most important. Genuine empathy toward others, regardless of rank, is essential for any high-performing team.

The military also taught me about the importance of mental toughness — and how to gain it. It’s human nature to shy away from pain and discomfort, but you can sharpen your mind by embracing uncomfortable situations. Putting yourself in unfamiliar environments takes mental toughness, but it can do incredible things for your professional growth. It’s essential to be able to face challenges head-on without regard for how impossible an objective might seem.

For all the lessons the military teaches, it can still be a difficult transition to civilian life.

To successfully pivot to the business world after serving in the military, focus your effort and attention on these three steps:

Business strategy and military strategy are often deeply intertwined, but business is rarely a zero-sum game. In the military, the goal is to defeat your opponent — and tactics are built around this overarching goal. While there are parallels in business, strategies should focus less on winning and more on achieving your goals.

Sharpen the capabilities of your own business instead of working to defeat your competition. Doing things like improving customer service or increasing product quality will indirectly strengthen your competitive advantage. It’s not that you don’t want to win — it’s simply that winning at all costs is the wrong attitude. Grow your own business instead of trying to tear down everyone else.

When you’re in the military, the stakes will never be higher. Not only are you working with millions of dollars’ worth of sophisticated equipment, but your team members are literally putting their lives on the line. Because mistakes can have massive consequences, it’s reasonable to expect perfection. Bringing this same attitude to the business world sounds like a good idea, but it can quickly create rifts in your organization.

In business, you must set expectations and then continually reinforce them. Just because you said something once doesn’t necessarily mean it was heard and received. It’s important to learn from mistakes, of course, but you'll want to leave behind military rituals of punishing the team or publicly criticizing the individual. These strategies have their place, but it’s not in a business setting.

3. Be prepared to prove yourself.

When you fail to get called in for an interview or lose out on a position to another applicant, don’t blame the hiring managers. They have no idea what skills you gained in the military, and it’s up to you to show them. Instead of listing your day-to-day operations, translate your experience into the corporate language they’re used to seeing.

The business world cares less about how many resources you were in charge of and more about how you effectively employed them to help your organization achieve its goals. Businesses run on results, and you'll rapidly become an invaluable asset if you produce results. When someone gives you a chance, show them why you deserved it.

Transitioning out of the military is rarely easy, but your experience can be incredibly valuable in the business world. Focus on conveying that experience in a way that civilians can understand, and then put it to work in whatever position you land. Your first role might not be your dream job, but that was likely true in the military as well. Work hard and excel in whatever position you secure, and it won’t be long before you’re taking on more exciting challenges. 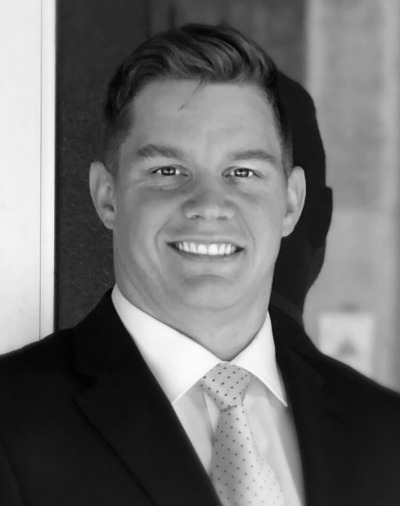 Cody Patrick is an associate at ValueStreet Equity Partners. Prior to joining ValueStreet, Cody worked in the portfolio analytics department at the StepStone Group. Before that, he was a noncommissioned officer in the United States Marine Corps.

The US Census Bureau reported that veterans own a whopping 7.5% of small businesses in the US – that’s 405,235 businesses out of 5.4 million nationwide! Read more

2.5 million military veterans own businesses. Are you a veteran who owns a business or hopes to start one in the near future? Read more